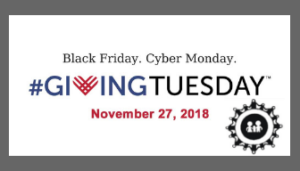 We are excited to continue our Giving Tuesday Angels in Adoption Campaign!  In case you missed it last week, this year, we are so excited to raise money for four very special families!

Four MAA Families who have endured the unthinkable.  Four MAA Families who knew the risks, and said Yes regardless, because it meant a Yes for their child.  These four families have been to the brink, and are all still working their way back.  Their days are filled with medical appointments, surgeries, unknowns, heartache, worry, but ultimately, joy.  So.much.joy despite the hard.  Despite being in the trenches.  So, it is for these Four MAA Angels in Adoption that we are reaching out to you.  Our dream is to shower them with love, and gratitude, and support.  They have poured out their hearts and souls into their children, and it’s time to pour into them.  Their lives have been turned completely upside-down due to the intense medical needs of their children.  So, we want to just do a little something to say, œWe see you.  We notice you.  We love you.  Whether it’s a Target gift card to help with the holidays, or a much needed night out for Mom and Dad, our goal is simple to give just a little something to four MAA Angels in Adoption who continue to give their everything, day in and day out.

Over the course of the next two weeks, we are going to continue to introduce you to these families.  We are going to share with you what they are going through, in hopes that you will share what you can with them.  And because we are so dedicated to this, we, too, are going to share.  We will match your donations for each family.*

Last week you met the Sims, and their son Max. 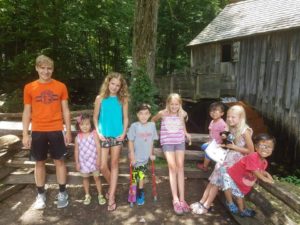 When and where did you adopt Noah from?  Noah came home in 2012 from China. 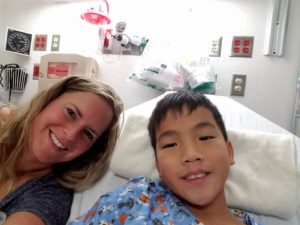 Can you give a quick summary of some of his surgeries and care?  In summary, the goal has been to stabilize both hips, knees, and ankles.  Also, to perform limb lengthening on his right leg, which is shorter than the left.

Do you have a local orthopedic surgeon in Chicago that can help Noah?  The first surgeon we met with who specializes in cases like Noah met with us for 4 hours.  He informed us that Noah’s case was the most complicated case he has ever seen.  (We still stay in touch with him to keep him updated on Noah). 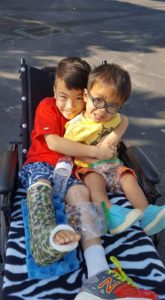 What about other doctors in Chicago?  Noah’s case was presented to the other orthopedic surgeons in the Chicago area.  Unfortunately, there was no one who was able to provide a medical plan for Noah.  We were suggested to contact the Paley Limb Lengthening and Spine Institute in West Palm Beach, Florida.

When did Noah start going to the Paley Institute?  Noah began his care plan in February of 2013.  Since then I believe the longest stretch we have had not travelling to Florida was three months.   Sometimes we travel as frequently as every four weeks.

Have these surgeries helped Noah? Yes. When we first adopted Noah, he would ask Mia to rub his hips all the time because they hurt. The first goal is to deal with pain, and then improve the ability to walk.  When we first adopted Noah, he would crawl on all fours.  He could maybe take five steps.  After the corrective surgeries our physical therapist stopped counting at 500 steps. 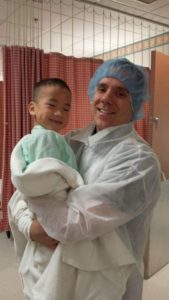 Does insurance pay for your travel?  No.  Though, we are fortunate that through Jeremy’s work, much of the medical expenses are covered, including surgeries and therapy sessions.

How expensive is the travel and what are some examples of expenses?  It depends on the length of the trip.  A 2-3 day visit to get the medical appointments and x-rays done will cost around $1,000 to cover the plane ticket, food, lodging (Quantum House or a hotel), car rental, food, etc.  If we know we have an extended stay for a planned surgery, we will drive down.  Driving one way from Illinois to Florida with gas, food, and lodging is about $400.  If we stay one month at the Quantum House we pay $1,200.  For extended stays, Jeremy will purchase plane tickets so he can visit.  We have been doing this since 2013.

Can you give some more detail about the surgeries?   The goal has been to stabilize both hips because he does not have femur heads on either femur. He also had corrective knee surgery for his knees which were lacking PCL and MCL ligaments.  Both femurs are shorter than what would be typical.  In addition to both femurs being short, his right femur and right tibia is shorter than the left femur and left tibia.  There are more surgeries, but this gives a good idea. 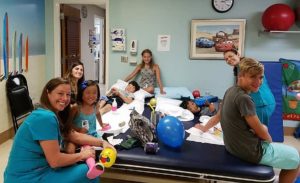 How often do you have to go to Florida? Often!  It goes up and down however, but at times it has been as frequent as every four weeks.  In 2017, Noah, Mia, and our other kids were in Florida for six months.  Jeremy’s job is in Chicago, so when we have extended stays (one to four months long) he will fly and visit every three to four weeks for a weekend. 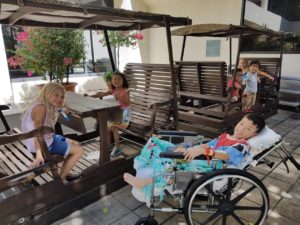 Where do you stay when you are in Florida?   We stay at the Quantum House, which is on the campus of St. Mary’s Hospital where the Paley Institute is located.  There are 30 rooms here with patients that come for orthopedic surgeries from all over the world including England, Germany, China, Israel, Zimbabwe, Australia, and many more.

What is it like meeting people from all over the world to receive medical care? It has been rewarding in so many ways. It also helps to have others nearby who are going through a similar experience.  We are thankful for the friends we have in Florida that are now like family. 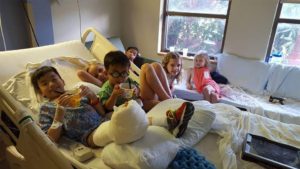 Where are your other kids during this surgery?  Thankfully, Mia is able to homeschool the kids, so their education is not compromised.  Also, this allows us to be all together for  treatment while in Florida.

Is there a local doctor that can help with day to day care to avoid appointments in Florida?  Unfortunately, no. Because the medical care is so precise we have found it most helpful that we see the doctor who performed the surgery.   We have tried things like being on the phone with the medical team in Florida while in a clinic in Illinois.  In short, it has not worked well. 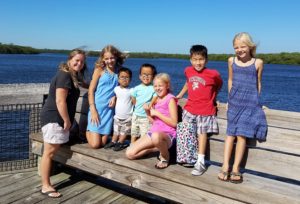 What is planned for Noah right now?  Noah had a hip surgery on October 17th.  We have a six week follow up.  The goal has been to position his femur properly.  We anticipate that slight modifications of the hip, knee, or ankle may be required in the next one to two months.

Thank you, Mia and Jeremy, for sharing Noah’s story with us!

A message from Jeremy and Mia:

We are honored, and feel extremely blessed to have Madison Adoption Associates feature our family  for Giving  Tuesday.   We appreciate your prayers and support.  The adoption community is a close community of strong families uniting together and lifting  each other up.  We are so thankful for you all! 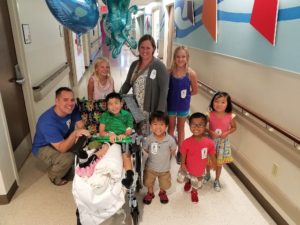 While our goal is to raise funds on Giving Tuesday (November 27), we welcome you to make your donation whenever you feel so moved between now and then.  You can donate directly on our website, or send a check to:

100% of donations will go towards the Johnson Family, and our other three Angels in Adoption.  Please specify on your donation that it is for Giving Tuesday.