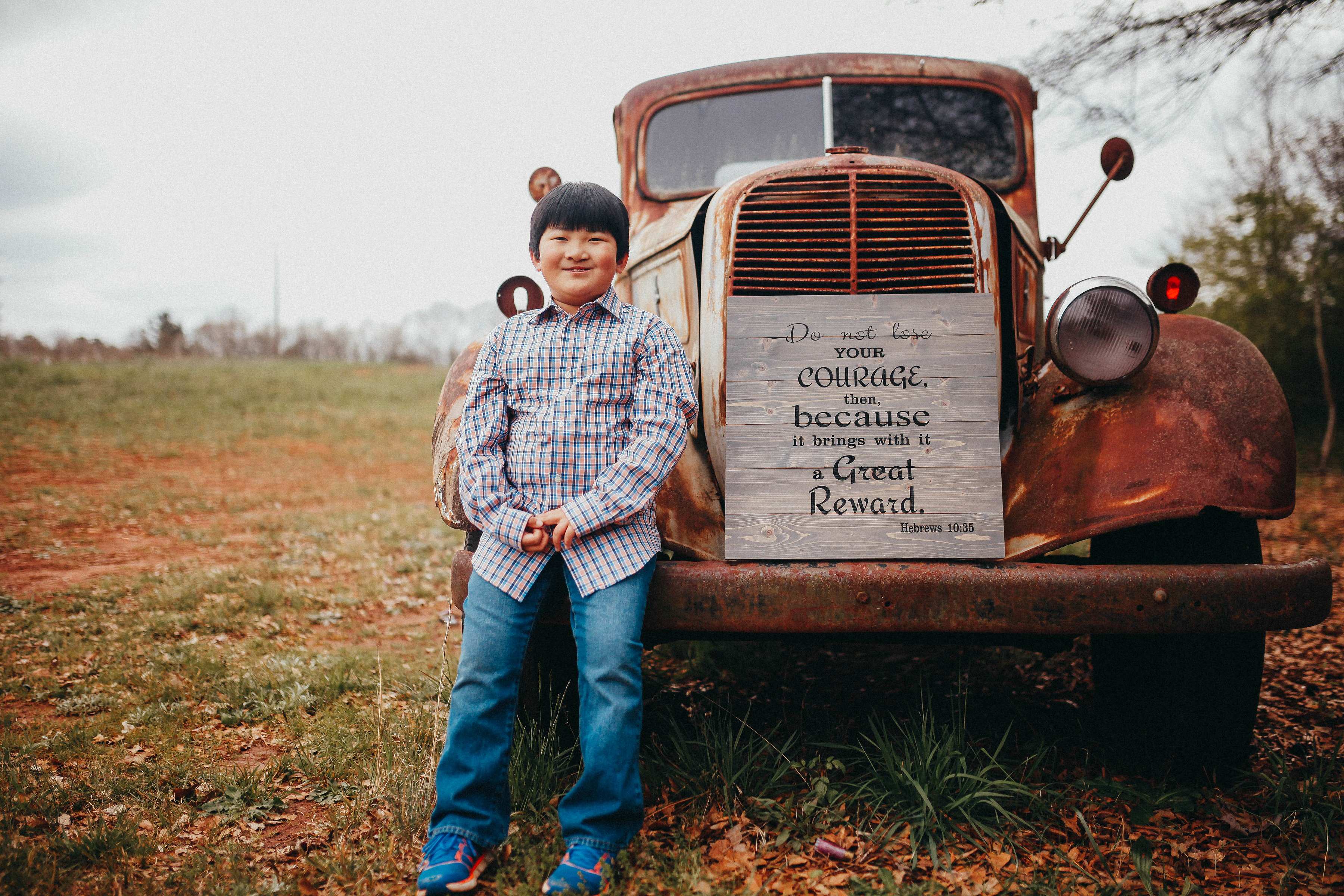 Hello everyone. I want to introduce myself. My name is Charmon, and we adopted a little boy from China who has a special need of Cleft Lip/Palate. We choose CL/CP because I have a close friend that has two kids from China that had the same special need. I also worked at an OB/GYN office and knew we had a awesome cleft team that was in driving distance from our home. Kyle had just turned 3 years old when we adopted him. We were prepared when we arrived for him not to be able to drink through a straw or eat noodles that were not cut up and all the other things we had read prior to going. Kyle had NO problems at all with eating or drinking! His lip had been repaired when he was 10 months old, and he had figured out by then how to manage eating and drinking with no issues.  Cleft kids have trouble with speech, so he only spoke a few words in China. In fact, the caregivers only heard him talking to the other kids and this was only one word.  He would look at you or do hand symbols to let you know what he needed and wanted. Our first night of being a family, our guide called to make sure we were ok. He ran to answer the phone and said ‘Hello” and then when she talked back to him he said “hey auntie.” He was not afraid to talk to us even though we had no clue what he was saying, he let us hear his quiet voice! I guess with our southern accent he figured we sounded different like him and wasn’t afraid anymore.  He learned English very quickly and could say “Hey Y’all” by the time we got to Guangzhou.

Once he was a little older, the biggest challenge was that he would get frustrated when people couldn’t understand him.  He would say it was because he was “from China.” We had to encourage him to speak louder and that it was ok.  Kyle started speech therapy three months after arriving home. We were able to get in the program Kidnet and he went to a local elementary school. He went just for therapy and it was free. We went twice a week for 30 minutes and continued once he started school. Once in 3rd grade he has been cut down to only going to speech for 30 minutes once a week.

Now for the medical history… we had his palate repaired two months after being home. This was an overnight stay in the hospital. Then a limited diet for six weeks. When he was seven his permanent teeth were starting to come into place (development wise), he wore an orthodontic expander to expand his palate. Six months later he had his bone graft surgery. For this surgery they went into his hip bone (about a one inch scar) and took bone out and put it in the cleft area so there wouldn’t be an empty space there anymore. This surgery was an overnight stay too and a limited diet (fluids and soft foods) for six weeks.  Six months following surgery he had a CAT scan (done at the orthodontist office) to see if the graft was successful. His did not take. We had to redo the surgery again 6 months later and they took bone from the other hip. This surgery was successful!! He just finished wearing another device to pull his upper jaw out to correct his under-bite. We now have braces on the front 6 teeth to turn them and get them straight. The plastic surgeon said he is done with surgeries until he is around 15. He has a deviated septum and if it doesn’t correct itself during aging they will repair it at that time. Cleft lip and palate is a genetic disorder, and most insurance will cover this as a medical conditional and will go through medical benefits instead of dental insurance.

Please do not let this diagnosis scare you. This is a fixable issue and the love these kids have is well worth any challenges you may experience. We can’t image our life without our boy! He is nine now and has come such a long way! Strangers understand at least 98% of what he says. I wouldn’t change our journey for anything! I thank God that he allowed us to be this special boy’s family. His special smile can light the world!

Thank you, Charmon, for sharing your story!

In honor of National Cleft and Craniofacial Awareness and Prevention Month, we are happy to be able to offer an additional grant of $1,000 for a family who commits to adopting a child with a craniofacial
﻿diagnosis from any of our programs.  Please email lindseyg@madisonadoption.org for more information, or complete a Prospective Adoptive Parent form.