There Are Hundreds of Mayas 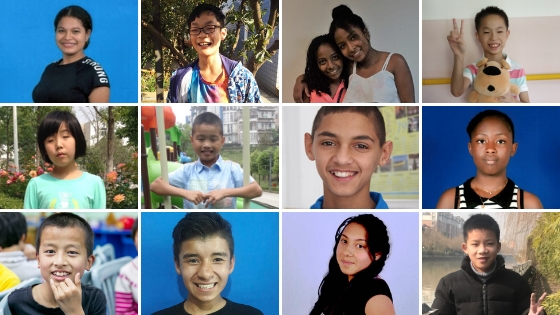 Two weeks ago a Colombian children’s home contacted MAA, along with the other agencies they work with, with a desperate plea: to help find a family for a sweet fifteen-year-old girl who was running out of time. Maya was hosted in the US last year and had an adoptive family in process, but for reasons that had nothing to do with her, the family had dropped out. She needed a new family who could complete the homestudy, dossier, and file I-800 by November, or she would age-out of adoption eligibility. The iapa staff raved about what an amazing kid she was, saying she’s “100 out of 100,” one of the best kids they ever had!

We put out the plea, as did other agencies, and within 24 hours had multiple families inquiring! Thankfully a family at another agency stepped forward almost immediately and submitted Letter of Intent, and Maya should have a family in time. We were so relieved. When we told the families who had been interested in her they were all happy for her, but when we said we’d love to share about the other children in danger of aging out who still wait for families… no one was interested.

I understand how a particular child can grab your heart, and children are people, not replaceable or interchangeable, but Maya is just one of thousands of children waiting for a family, one of hundreds who will age-out of adoption eligibility in the coming months. If Maya’s story touched you, surely it’s possible that another child could too? Another face could call out to you saying “Are you my family?”

Maybe it’s Harriet, just a few months younger than Maya. She likes to play soccer, basketball, and swim at the pool, but also enjoys just watching movies- all things she should be doing with her own family! Even though she missed out on two years of school, she is motivated to study and learn. She was supposed to come to the US for hosting this summer, her best chance of finding an adoptive family, but due to the coronavirus hosting was cancelled, and Harriet continues to wait for someone to see her.

Or maybe it’s Edward, whose face we can’t even post here due to his country’s regulations, but who has the brightest smile. His heart is to help and serve, and he often spends hours in the kitchen helping the cooks prepare the food and serve the children their meals. He never complains about dishes or chores assigned to him and genuinely does his very best. A gentle soul, he would never hit another child, and there have even been instances where another child has picked a fight with him and he has stood quietly, without retaliation. He is amazing at Zumba and putting dance steps to any song or beat. He likes to have discussions and talk about life rather than play or fool around like other boys his age. The older he gets, the more anxious he is that he may not get a family, but he still has hope that he could have a mother and father that will love and value him. Though he has until April for a family to file I-800, his country process moves very slowly so a family must be found very soon, or he will run out of time.

Or what about Brennan? He helps younger children in the orphanage to get food and wash their bowls. Once he found a hurt sparrow on the way home from school and brought it to the orphanage medical staff to see if they could help. He was due to age-out of adoption eligibility in October, however, due to upcoming changes in China’s adoption laws he has likely gained two more years to find a family. But while we celebrate this news, we also acknowledge that he has already been waiting almost four years for a family. MAA has already advocated for him three times! Will more time make a difference for him? Or will it just be two more years of waiting only to still age out, without the permanency, stability, and support of a family?

Maya is a wonderful girl, but children shouldn’t need to be a perfect “100 out of 100” to get a family. They don’t earn a family by being good, they deserve a family because they are a child. Each of these kids will bring their family joy and challenges, but first they need someone to take the chance to bring them home- before it’s too late.

They came on a hosting trip two summers ago.  They had the time of their lives.  And after many months of advocacy, a family was found through another agency.  All was right, and their happy ending was coming.  Fast forward several months, and we come to find out that the family backed out (nothing having to do with these sweet girls!).  How did we find out you ask?  Her Plea.  Her heart wrenching, emotional plea.  Teresa managed to reach out to her previous host Mom, begging her to help find her and her sister, Tia, a family.  We will not share Teresa’s exact words with you, because those belong to her and her alone.  But what we can say is that after hearing of her plea we immediately snapped into action.  So now it is our turn to make a plea.  As no 15-year-old should ever have to make that desperate plea themselves.  On behalf of Teresa and Tia, please, share this post far and wide.  Help us find a family so Teresa never has to make another plea for one again.

Teresa (15 ½) and Tia (12) are sweet, bonded sisters who are physically healthy.  Tia does have some cognitive delays, and both have experienced trauma in their past.  These sisters want nothing more than to be chosen, to be loved, and to be cherished by a family.  We know their family is out there!  Please help us find them!  Teresa and Tia’s host Mom is happy to chat with any eligible, interested family to share about their experience hosting these precious girls.

Tia and Teresa are available for adoption from Colombia. Interested in learning more about Tia and Teresa, and about Madison Adoption Associates? Please complete our free Prospective Adoptive Parent form and an Adoption Specialist will be in touch with you!

June is Apert Awareness Month!  In honor of these amazing children, we are thrilled to be able to offer a $1,000 grant to any eligible family who commits to adopting a child with Apert in the month of June!  Apert syndrome is a genetic disorder characterized by craniofacial differences, as well as often syndactyly of fingers and toes.

Over the years, Madison Adoption Associates has found forever families for several children with Apert syndrome  – one those families is the Singleton family!  And we are honored to have Amie share her experience with you all about adopting a precious boy from China who just so happens to have Apert syndrome.

Thank you Amie, Jean, and James!!

Please ‘meet’ Ramona, Harley, and Daisy. Three amazing children who do not let having Apert syndrome slow them down! These kiddos are full of life! The only thing they are lacking is a family.

Interested in learning more about Harley, Daisy, Ramona, and other children with Apert syndrome available for adoption? Please complete our Prospective Adoptive Parent form to learn more! Or visit our website for more information.