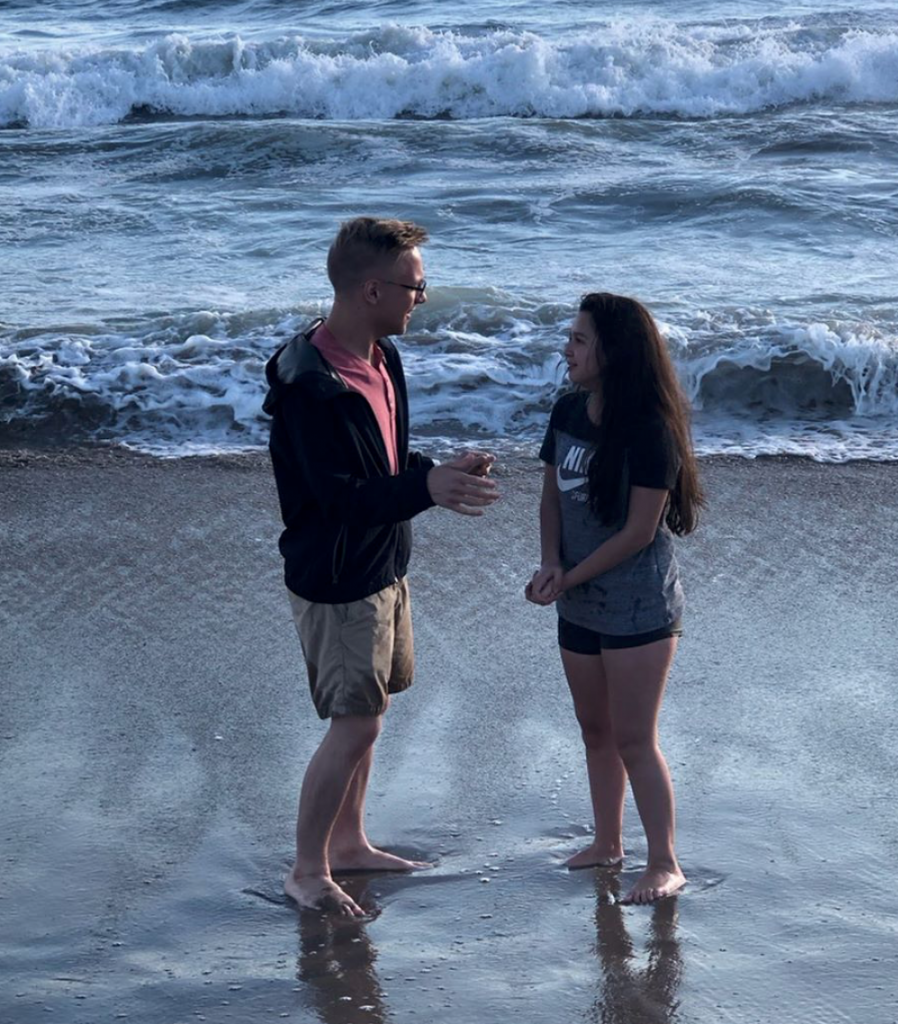 While adoptive parents frequently share their stories, we don’t often hear from another family member who is obviously impacted by adoption- siblings! MAA is grateful to Jase sharing his perspective on his parents adopting his younger sister from Colombia, read on to hear about his experience…

1.What did you think of the idea of having an adopted sister when your parents first brought it up?
I really didn’t think my parents adopting would have a huge impact on me because I live so far from them, but I was so wrong. Even though there is a 10 year age difference between my sister and I, we’ve bonded and talk about life all the time. I’ve learned a lot about the world from her and look forward to seeing her when I get to see my family.

2. What were you most worried about?  What were you most excited about?
Living across the country from most of my family, I was worried that I wouldn’t be able to build a relationship with my sister while she grew up, but we’ve been able to spend time together and communicate over all kinds of technology and social media. Bonding has been so much easier than I expected.
When I met Angie, she couldn’t speak any English and I spoke extremely little Spanish, so our communication had to be pretty straight forward through translating apps or yes/no questions. I was so excited for both of us to grow in our language skills to actually communicate and get to know one another. She has definitely done a better job than I have of catching up to the language barrier, but it is so awesome now to have actual conversations about things that would have just been vague gestures before. Plus, she is constantly helping me learn a new language now, which is special for a younger sibling to get to teach something so important to her older brother.

3. What is your relationship like with your adopted sister?  How has it developed from when you first met her?
I was surprised by how naturally a relationship with my sister developed. It took a lot of time, of course, but I can relate to her now just like I do with my other siblings. She does a great job keeping up with her three grown brothers and sister in conversation and thinking about life, and we can tell that she wants to relate to us just like we want to relate to her. I do think Angie was skeptical of me when we first met, just because I can be so different from the rest of my family who she relates to well, but through visiting my home, meeting my partner, interacting with each other from across the country, and doing activities that she really enjoys, our relationship feels naturally like a brother and sister now.

4. How has adoption impacted your life?
Adopting a sister has expanded my family and changed the dynamic of how we relate to one another. I wasn’t expecting much to change for my siblings and I, with three grown kids out of the house and living in different areas of the country, but Angie brings such a center to us all. We try new languages, foods, and games that she shows us. We talk about and explain concepts like politics and faith that we may not have before. And we have to keep up with a teenager who loves sports and the outdoors. Angie has changed how we do things and what we decide to do, but it all feels natural now, like we were just missing a member of our family before.

5. What would you tell other young adults who are about to have an adopted sibling for the first time?
It takes a lot of time, but it does all come together naturally in the end. It was so hard not to try to force a relationship or overwhelm my sister with attention, but I am glad that we let things progress naturally because in the end, that is how a family comes together. Even for siblings like me who may be far from home, an adoption is still a huge blessing.

So many older children wait for adoption in every country MAA works in: Bulgaria, Colombia, China, the Philippines, and the Dominican Republic, as well as Pennsylvania foster care. If you have considered opening your home to an older child, please contact us today or complete our free Prospective Adoptive Parent form to learn about the children waiting for families!