‘I live in the children’s welfare institute’ 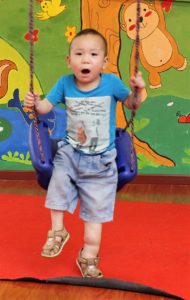 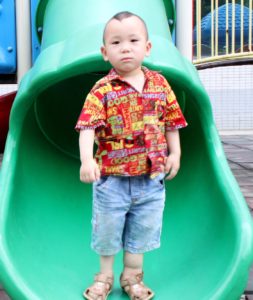 I read on, and found myself smiling while reading of all the things Wyatt can do.  Smiling especially at the section describing how he likes to pull weeds in the garden.  He is sure to ask if something is a weed or vegetable before yanking it out of the earth, followed by happily singing the ˜pulling out radish’ song.  And while I found myself smiling at these anecdotes about Wyatt, I still couldn’t shake the œI’m Wyatt.  I’m a boy.  I’m 4 years old.  I live in the children’s welfare institute.  It is simply something a child should never know to say.

Wyatt is not yet 5-years-old and is available for adoption through Madison Adoption Associates.  He is diagnosed with a limb difference.  There is a $500 grant available to the family who steps up so this child no longer has to say ‘I live in the children’s welfare institute.’  Email sarah@madisonadoption.org for more information, or complete the Prospective Adoptive Parent form to be considered as his forever family.